How can we help you?

The self-service area is not quite finished yet (live at the end of January). All service options and our fixed pricing is online – we are happy to walkthrough it with you, or;

Your enquiry has been received.

There has been an error. Please try again later. 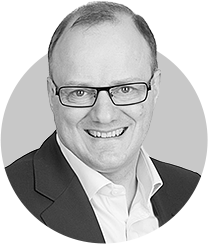 This week we have published the results from our 2021 Q1 Government and Public Bodies INDEX to see progress being made and which organisations are complying with the law.

The accessibility regulations came into force for public sector bodies on 23 September 2018 and state that public sector websites must be more accessible by making them ‘perceivable, operable, understandable and robust’. Websites also need to include an accessibility statement, which should be kept up to date.

The full name of the accessibility regulations is the Public Sector Bodies (Websites and Mobile Applications) (No. 2) Accessibility Regulations 2018.

The accessibility regulations build on existing obligations to people who have a disability under the Equality Act 2010 (or the Disability Discrimination Act 1995 in Northern Ireland). These say that all UK service providers must consider ‘reasonable adjustments’ for disabled people.

The Q1 2021 INDEX ranks the websites of nearly 300 Government and Public Bodies following over 200 million tests, checks and measures across over 625,000 URLs.

Congratulations to the Public Prosecution Service for Northern Ireland for achieving first place and to the Welsh Language Commissioner for being the most improved, rising a very impressive 226 places up the table.

Since Q4 2020, 38 organisations have improved the accessibility of their website, whilst 34 have seen it decline.